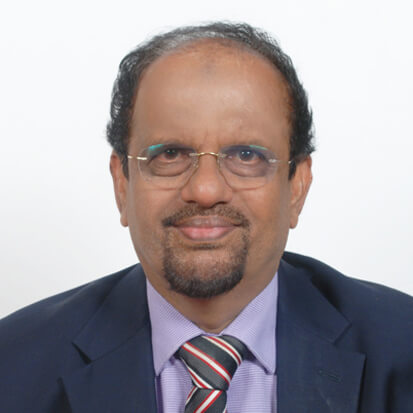 Mr VMA Hakkim is popularly known as the Medical Man in Oman.
‍
He facilitated KIMS Hospital Group to establish its multispecialty hospital in Muscat in 2009. He then became a partner and Executive Director of the Hospital.
‍
He also founded the Al Hakkim International LLC in Muscat to help patients travelling abroad. Medical tourism has been an unorganized sector in Oman. But it is Hakkim who took the first initiative to make it an organized, well-coordinated activity, offering expert treatments abroad in 10 countries at affordable costs.
‍
Recently he established a well-managed professional Home Health Care Center for the first time in Muscat. It extends medical care to recovering patients and rehabilitation at home.
‍
Mr Hakkim has a Post Graduate Degree with University First Rank and an MPhil from JNU. After serving the Govt of Kerala for 6 years, as a District level officer, he migrated to the Gulf. Started his overseas career in Saudi Arabia and then in Dubai, but finally settled in Oman for over 25 years.
‍
He was conferred D.Litt. by Kings University ,USA in May 2018 for his academic excellence and community services. As a Medical Tourism Promoter among Arabs, he has contracted with a panel of selected high profile hospitals in India,

Germany, Switzerland, Bangkok, Iran, Malaysia and Turkey.  His patient outsourcing network and foreign travel coordination facilities in Muscat are of immense value to any super speciality hospitals around the world.
‍
Widely travelled around the world, mostly on business purposes. He achieved the PRIDE OF INDIA Award in 2006 from the NRI Institute in London.
‍
Got his daughter educated in a Medical College in Kerala, and got her specialization in Family Medicine at Coventry UK
‍
And his son at IIT, Kanpur and then MBA from top university in the US. Now with IBM Head Quarters in New York.
‍
His life ambition is to support his native community in India, offering quality Educational and Health Care facilities.