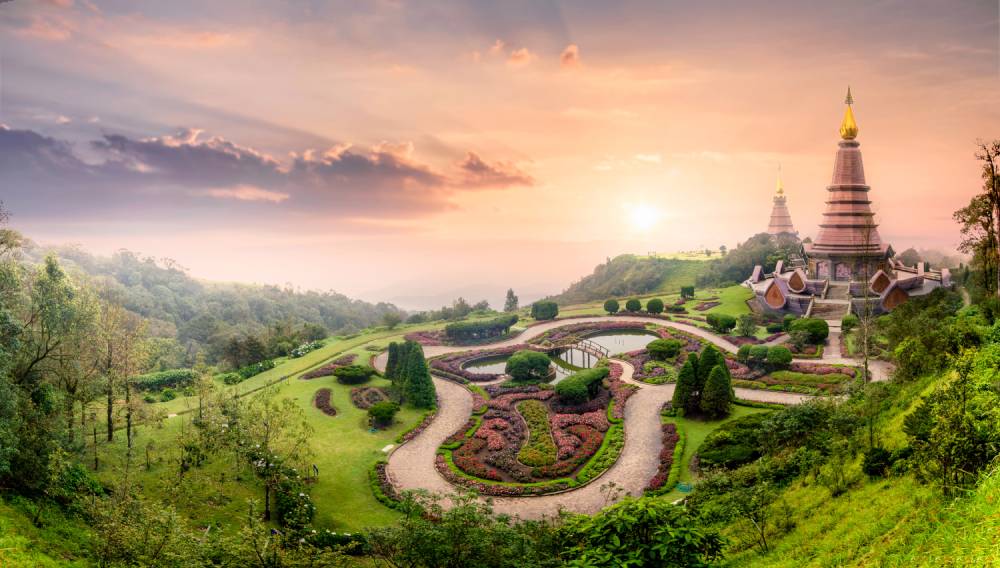 Located on South East Asia’s Indochina Peninsula and known for its tropical beaches, opulent royal palaces, ancient ruins and ornate Buddha temples, the Kingdom of Thailand is a developing destination with a population of approximately 67 million. Its economy is ranked 30th in the world by nominal GDP and has been classified as a newly industrialized destination, thanks to having outpaced other developing nations in a macroeconomic sense. Tourism is a major economic factor in Thailand, as it welcomes more than 25 million people annually. Its pristine beaches and tropical wet climate, along with its weak currency make Thailand an attractive destination for many vacationers looking to extend its visiting time versus what the same amount of money can get them in other destinations. The government oversees the healthcare and medical services, with universal healthcare being provided through three programs that should cover its entire population of citizens and legal residents. The private healthcare sector is also big in Thailand, with many new hospitals and medical facilities taking advantage of the economic conditions and the weak currency in order to attract more medical tourism business.It is interesting to see how Thailand’s scores and ranks in the medical tourism index vary between each other. The destination’s environment factor came back below average, getting only to 27th position, as its outside image, cultural match and the political environment are not helping this pro tourist nation. Of course, Thailand is an attractive destination and an affordable one, too, making the medical and tourism industry factors score well above average, and ranking 6th. Finally the quality of its facilities and services factor ended up scoring above average due to the efforts placed in gaining international certifications for its main facilities and the quality of its medical staff. All in all, the Kingdom of Thailand is becoming a thriving medical tourism destination benefiting from Asia’s growing population looking for cheaper treatments elsewhere but on close distance. It ranks 18th overall out of the 41 nations participating in the Index and can boost its medical tourism business by working on its image as a stable and safe destination (reputations), while also focusing on adapting to the cultural preferences of incoming patients.

Thailand's climate is tropical with a mean annual temperature of 82°F and high humidity. There are three distinct seasons – the hot season from March to May, the cool season from November to February and the rainy season from about June to October.