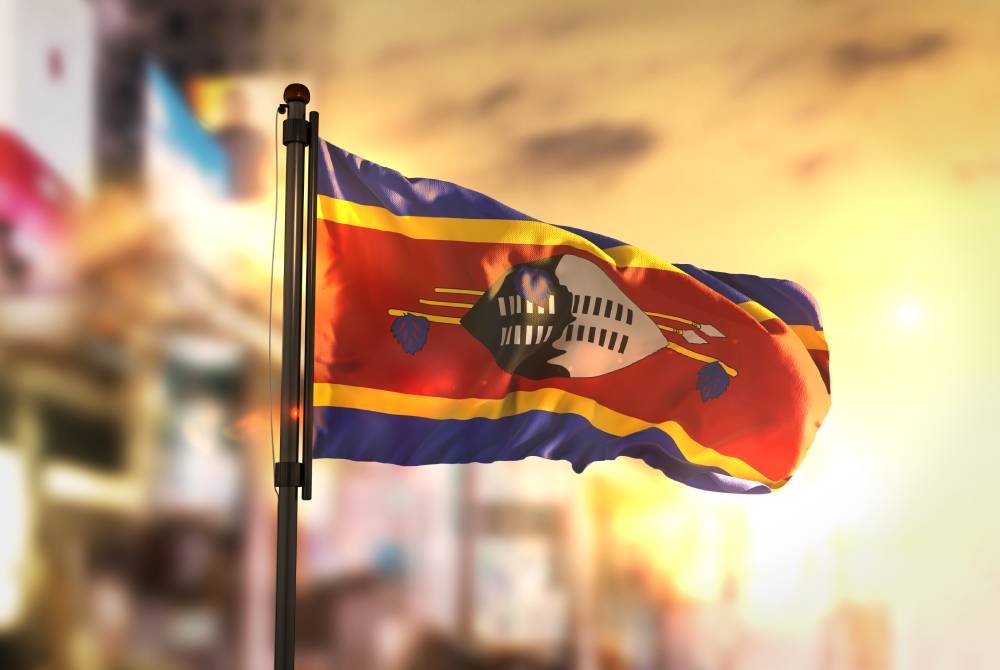 Eswatini, officially the Kingdom of Eswatini and also known as Swaziland, is a landlocked country in Southern Africa. It is bordered by Mozambique to its northeast and South Africa to its north, west, and south. At just 200 kilometres (120 mi) tall and 130 kilometres (81 mi) wide, Eswatini is one of the smallest countries in Africa; despite this, its climate and topography are diverse, ranging from a cool and mountainous highveld to a hot and dry lowveld.

The Swazis established their kingdom in the mid-18th century under the leadership of Ngwane III. The country and the Swazi take their names from Mswati II, the 19th-century king under whose rule Swazi territory was expanded and unified; the present boundaries were drawn up in 1881 in the midst of the Colonial Scramble for Africa. After the Second Boer War, the kingdom, under the name of Swaziland, was a British protectorate 1903-1968, when it regained its independence. In April 2018, the official name was changed from Kingdom of Swaziland to Kingdom of Eswatini, mirroring the name commonly used in Swazi.

Eswatini is divided into four climatic regions: the Highveld, Middleveld, Lowveld and Lubombo plateau. The seasons are the reverse of those in the Northern Hemisphere, with December being mid-summer and June mid-winter. Generally speaking, rain falls mostly during the summer months, often in the form of thunderstorms. Winter is the dry season. Annual rainfall is highest on the Highveld in the west, between 1,000 and 2,000 mm (39.4 and 78.7 in) depending on the year.