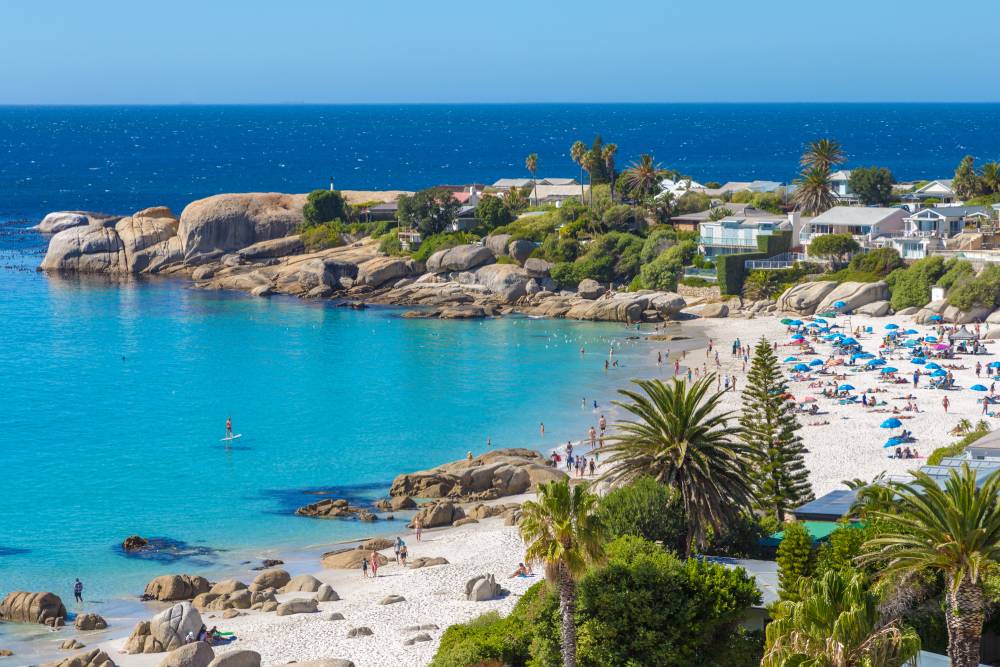 Located on the southern tip of Africa, South Africa has a rich and, at times, tumultuous history. But despite its past, South Africa still draws more tourists than any other country in sub-Saharan Africa. What makes the country a popular tourist destination is its geographical extremes. You can go wildlife watching, find stunning panoramic views from Table Mountain National Park, visit the arid semi-desert of Karro, chill out on the lush subtropical coast of KwaZulu-Natal, wander (not too far) into the Kalahari desert, see the snow-capped peaks of the Drakensberg Range, and journey to the vineyards of the Western Cape. Beyond the natural amenities, tourists can dance the night away in the pulsating cities of Cape Town and Johannesburg. Culturally, the country is as diverse as its terrain, with significant populations of Portuguese, Greek, Irish, Italian, Scottish, English, Dutch, Flemish, German, and French, as well as indigenous Xhosa and Zulu ethnic groups. Smaller populations of East Indians, Chinese, and Vietnamese round out the cultural landscape of South Africa.

Although South Africa has made great strides in the last 20 years, there is still abject poverty, racial stratification, high occurrences of HIV/AIDS, and crime. The majority of tourists leave the country with no problems; however, if you are traveling to South Africa (especially Johannesburg), stay alert and use common sense.

Because South Africa lies on the southern hemisphere, its seasons are the opposite of North America and Europe. Winter is from June to September; summer is from late November to March; spring is from mid-September to November; fall take place in April and May. The climate of South Africa is temperate in the interior plateau, subtropical in the northeast, and Mediterranean in the southwestern corner.