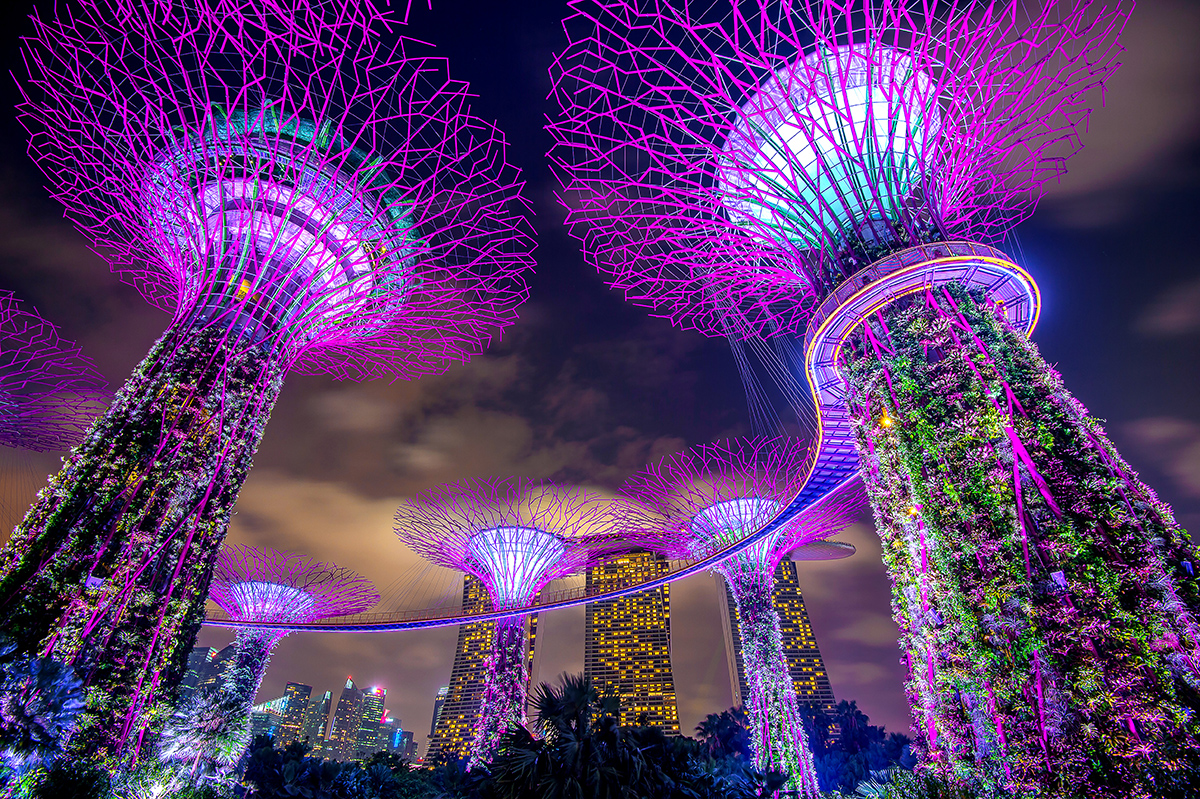 An ex-British colony, Singapore is an island city/nation located at the southern tip of the Malay Peninsula, south of the Malaysian border. It spans only 424 sq. miles (683 km2). Its small size (it’s about 3.5 times the size of Washington, DC) allows for quick and easy travel throughout the country. Due to its status as a former colony and multicultural nation (Chinese make up 77 percent of the population, East Indians 8 percent, Malays 14 percent), Singapore offers an amalgamation of culture, cuisine, architecture, religion, language, and art. Following its independence, Singapore became one of the most prosperous nations in the world, with strong international trading ties. Its GDP is on par with prosperous European nations.

Singapore is only one degree north of the equator, so its climate is tropical. The weather is hot and humid all year round. The high daytime temperature is usually 86 degrees Fahrenheit (30 degrees Celsius) with humidity above 75 percent. Singapore has two monsoon seasons: the Southwestern season from June to September and the Northeastern season from December to March. The rainy season occurs in November and December.