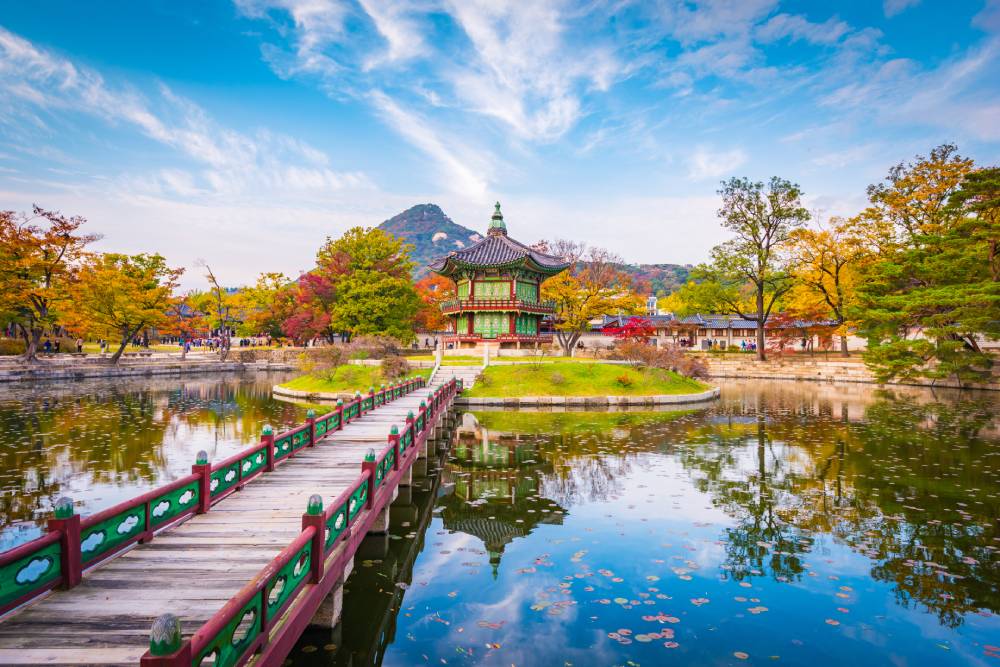 Known as the “Land of the Morning Calm,” South Korea (officially called the Republic of Korea) is located on the southern half of the Korean Peninsula east of China and is bordered by communist North Korea (officially known as the Democratic People’s Republic of Korea). The country’s capital, Seoul, is a major global city with the second largest metropolitan population in the world. South Korea is one of the G-20 major economies, has a fully democratic government, is considered a developed country (like the U.S. and Canada), and has the fourth largest economy in Asia. It’s superb economic credentials and insatiable appetite for technological advancement, coupled with its citizens’ can-do attitude, translates into endless developmental possibilities for the country.

Most non-Korean tourists come from other parts of East Asia, such as Japan, China, Taiwan, and Hong Kong. The recent popularity of Korean popular culture (K-Pop, the Korean Wave, etc) has increased tourist arrivals. Seoul is the principal tourist destination for visitors; other popular tourist destinations include Seorak-san national park, the historic city of Gyeongju and subtropical Jeju Island. Traveling to North Korea is not normally possible without special permission, but in recent years, organized tours have allowed groups of South Korean citizens to visit Mount Kumgang.

The South Korean climate is temperate with four distinct seasons that coincide with the northern part of the United States: spring, summer, fall, and winter. The monsoon and typhoon seasons run from late June to late August, in which the country gets 60 percent of its annual rainfall. During that time, when it’s not raining, the weather is hot and humid, with an average July temperature ranging from 72-77 degrees Fahrenheit (22-25 degrees Celsius).