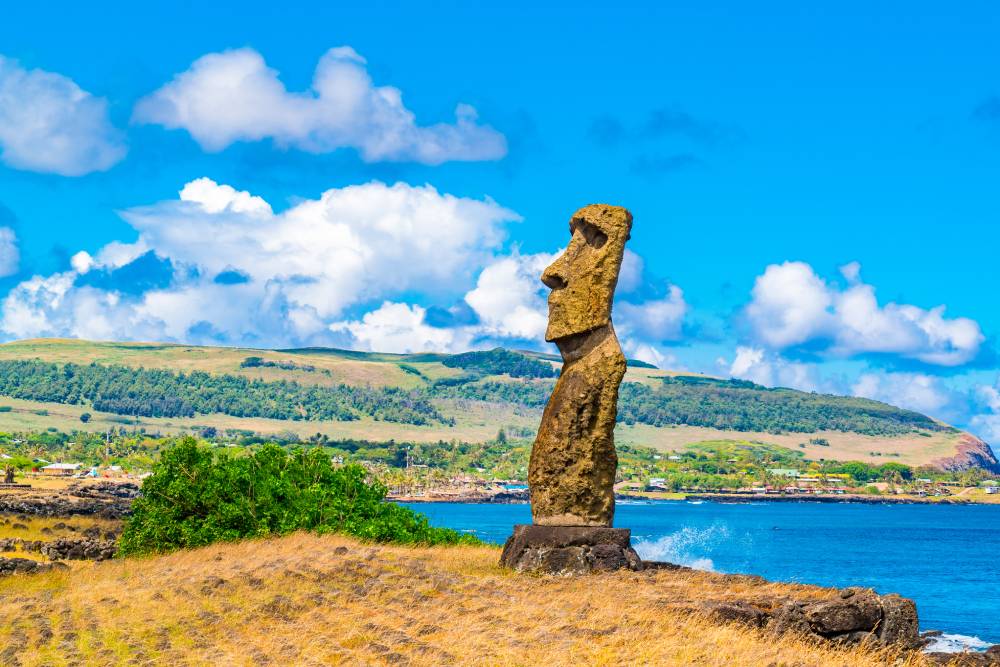 Chile is a narrow strip of land wedged between the Pacific Ocean and the Andes mountain range. Its border countries are Peru to the north, Argentina to the east, and Bolivia to the northeast.

Chile is one of South America’s most stable and prosperous nations. As one of the founding members of the United Nations (UN) and the Union of South American Nations, it leads Latin America in human development, gross domestic product per capita, competitiveness, quality of life, political stability, globalization, and economic freedom. Chile has comparatively low poverty rates; it also has a low level of corruption and a high level of freedom of the press.

Chile's is natural beauty and ecological diversity are also major tourist attractions. Its icy southern tip is near Antarctica, while the northern region is home to the Atacama Desert, which is the driest desert in the world. In between the two extremes are alpine tundra and glaciers in the east and southeast, with humidity and subtropical weather on Easter Island, oceanic climates in the south, and a Mediterranean climate in central Chile.

Because Chile is located south of the equator, its seasons are the opposite of North America's. Summer is December to March, and winter is June to September. Spring is September to November, and fall is late February to April. Northern Chile is one of the driest regions in the world, with an average maximum winter temperature of 63 degrees Fahrenheit (17 degrees Celsius) and an average summer temperature of 82 degrees Fahrenheit (28 degrees Celsius).