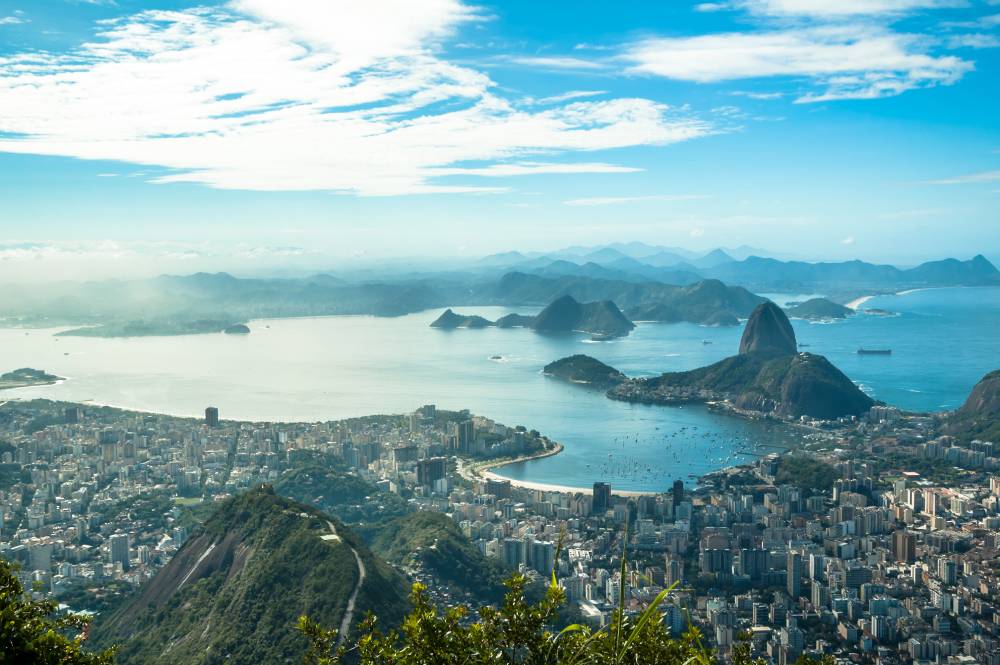 Located in South America, Brazil is the fifth largest and fifth most-populated country in the world. The Atlantic Ocean borders it to the east; Venezuela, Guyana, Suriname, and French Guiana, to the north; Colombia, to the northwest; Bolivia and Peru, to the west; Argentina and Paraguay, to the southwest; and Uruguay, to the south.

A former colony of Portugal, Brazil merges three distinct ethnicities into one culture: European (mostly from Portugal, but there is a significant number of Italians, Spaniards, and Germans), African, and Amerindian. Additionally, a comparatively smaller number of Japanese and Middle Easterners arrived in the early part of the 20th century. This synergistic mixture produces a unique blend of music, art, edifices, food, and celebrations, not to mention some of the most beautiful people in the world. With 4,655 miles (7,491 km) of coastline, Brazil is home to world-renowned beaches and adjacent nightlife, which offers a whole new take on the phrase “fun in the sun.”

Brazil´s large size contributes to its diversity in terrain and climate. It is home to both the Amazon tropical rainforest and hundreds of acres of farmland. Because it is located in the southern hemisphere, Brazilian seasons are the opposite of North America's. Winter is June to August, and summer (the rain season) is December to February. During the summer, the southern part of Brazil is very humid; during the winter, only the regions south of Rio get really cold. During the winter, temperatures are generally between 55 and 65 degrees Fahrenheit.