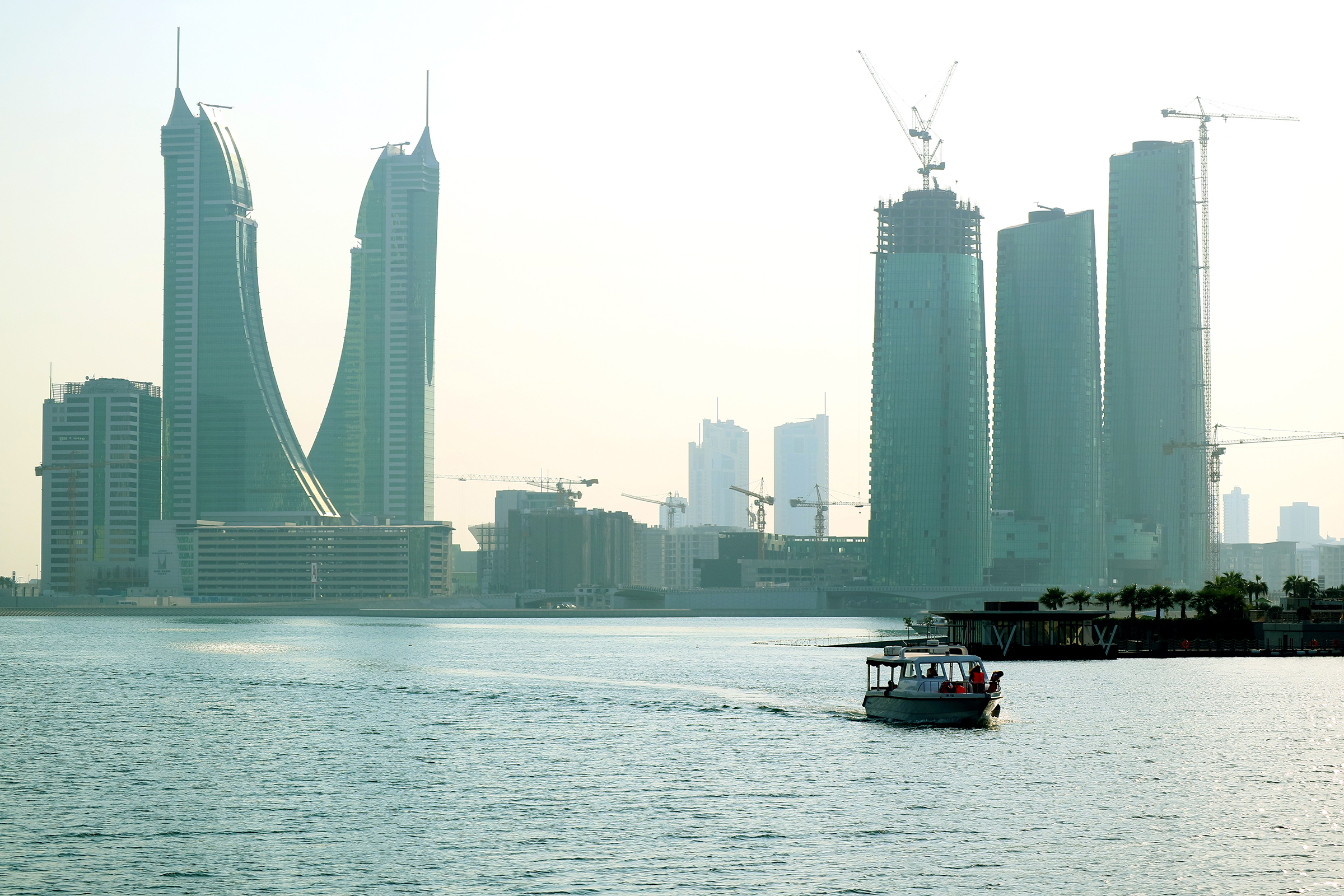 Bahrain officially the Kingdom of Bahrain is a sovereign state in the Persian Gulf. The island nation comprises a small archipelago made up of 33 natural islands and an additional 51 artificial islands, centered around Bahrain Island which makes up around 83 percent of the country's landmass. The country is situated between the Qatar peninsula and the north eastern coast of Saudi Arabia, to which it is connected by the 25-kilometre (16 mi) King Fahd Causeway. According to the 2010 census, Bahrain's population is over 1.2 million, of which around half are non-nationals. At 780 square kilometres (300 sq mi) in size, it is the third-smallest nation in Asia after the Maldives and Singapore.

As a tourist destination, Bahrain received over eight million visitors in 2008, though the exact number varies yearMost of these are from the surrounding Arab states although an increasing number hail from outside the region due to growing awareness of the kingdom's heritage and its higher profile as a result of the Bahrain International F1 Circuit.

The kingdom combines modern Arab culture and the archaeological legacy of five thousand years of civilisation. The island is home to forts including Qalat Al Bahrain which has been listed by UNESCO as a World Heritage Site. The Bahrain National Museum has artefacts from the country's history dating back to the island's first human inhabitants some 9000 years ago and the Beit Al Quran is a museum that holds Islamic artefacts of the Qur'an. Some of the popular historical tourist attractions in the kingdom are the Al Khamis Mosque, which is one of the oldest mosques in the region, the Arad fort in Muharraq, Barbar temple, which is an ancient temple from the Dilmunite period of Bahrain, as well as the A'ali Burial Mounds and the Saar temple.The Tree of Life, a 400-year-old tree that grows in the Sakhir desert with no nearby water, is also a popular tourist attraction.

In January 2019 the state-run Bahrain News Agency announced the summer 2019 opening of an underwater theme park covering about 100,000 square meters with a sunken Boeing 747 as the site's centerpiece. The project is a partnership between the Supreme Council for Environment, Bahrain Tourism and Exhibitions Authority (BTEA), and private investors. Bahrain hopes scuba divers from around the world will visit the underwater park, which will also include artificial coral reefs, a copy of a Bahraini pearl merchant's house, and sculptures. The park is intended to become the world's largest eco-friendly underwater theme park.

Bahrain features an arid climate. Bahrain has two seasons: extremely hot summer and a relatively mild winter. During the summer months, from April to October, afternoon temperatures average 39 °C (102 °F) and can reach 46 °C (114.8 °F) during June and July. The combination of intense heat and high humidity makes this season uncomfortable. In addition, a hot, dry southwest wind, known locally as the qaws, periodically blows sand clouds across the barren southern end of Bahrain toward Manama in the summer. Temperatures moderate in the winter months, from November to March when the range is between 10 and 20 °C (50 and 68 °F). However, humidity often rises above 90% in the winter. From December to March, prevailing winds from the northwest, known as the shamal, bring damp air over the islands. Regardless of the season, daily temperatures are fairly uniform throughout the archipelago.