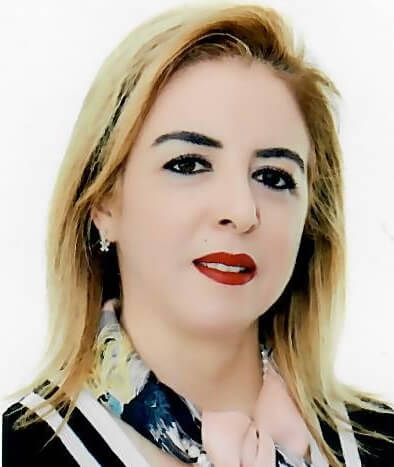 Sonia Ben Cheikh, born May 25, 1968 in Sfax  is a Tunisian doctor and politician who served as Secretary of State to the Minister of Public Health from 2017 to 2018 and is Minister of Youth and Sports since 2018 and also Acting Minister of Health since March 2019.

Dr Sonia Ben Cheikh is a medical doctor by profession, she has been Assistant Professor in preventive medicine and community medicine at the Faculty of Medicine of Tunis, as well as General Inspector of health.

For over twenty years, Dr Ben Cheikh worked at the Ministry of Public Health, holding several positions in the Directorate of Studies and Planning, responsible in particular for steering cooperation projects with the World Bank and the European Investment Bank. Subsequently, she became head of the Technical Cooperation Unit and the Health Services Export Unit, where she led the African Development Bank-funded study to promote the development strategy. Tunisia as a "health destination".
She was then appointed Director of the National Center for Educational Training of Health executives, position she occupied until 2017.

In February 2017, Dr Sonia Ben Cheikh was appointed President Director General of the National Office of Family and Population, which reports to the Minister of Health. As treasurer, she represented the government at the Board of Directors of the intergovernmental Alliance of developing countries Partners in Population and Development (PPD).
‍
Dr Sonia Ben Cheikh joined the Government of Youssef Chahed in September 2017 and was appointed Secretary of State to the Minister of Health. Since November 2018, she is Minister of Youth and Sports, and in March 2019, she was also appointed acting Minister of Health after the resignation of Dr Abderraouf Cherif.