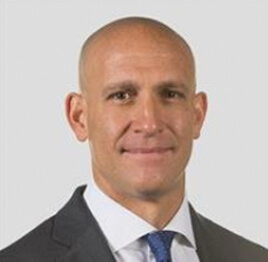 Rakesh Suri, MD, is Chief Executive Officer and Chair of Thoracic and Cardiovascular Surgery at Cleveland Clinic Abu Dhabi. In his role, Dr. Suri oversees the hospital’s overall strategy and effective operation as the first-ever U.S. multispecialty hospital to be replicated outside of North America with more than 5,000 caregivers.

He was named Chief of Staff at Cleveland Clinic Abu Dhabi in 2015, where he led the recruitment of more than 400 world-class physicians, participated in the opening and initiation of clinical services throughout the hospital and led the medical staff to deliver a suite of complex and innovative services with safety and quality outcomes that are competitive among leading academic medical centers globally.

In his secondary role, Dr. Suri recruited and led the Cardiovascular and Thoracic Surgical team, and was involved in the creation of robotic and transcatheter cardiac programs at Cleveland Clinic Abu Dhabi.

Dr. Suri brings a commitment to his patients and surgical innovation, a passion for research and an enthusiasm for teaching others. He holds extensive clinical expertise in robotic and minimally invasive cardiac surgery, mitral valve repair and transcatheter valve therapies.

He has completed more than 6,000 surgical procedures in his career and helped make Cleveland Clinic Abu Dhabi home to the most sophisticated group of robotic cardiac surgeons in the world.

His significant research pursuits include contributions to more than 320 peer-reviewed journal articles and book chapters, 17 patents and several FDA multicenter trials. He has led and participated in cutting-edge clinical trials during his time at Cleveland Clinic Abu Dhabi and Cleveland Clinic.

Dr. Suri earned his undergraduate degree at Queen’s University in Kingston, Canada, medical degree with honors from the University of Toronto and a doctorate at Magdalen College, Oxford, UK, as a Rhodes Scholar. He trained in General Surgery and performed a Cardiovascular Surgery fellowship at the University of Toronto. He completed a Thoracic Surgical Residency at Mayo College of Medicine.

Dr. Suri and his wife, Brook, reside in Abu Dhabi with their two children.